The exciting new sequel to Magic by Midnight!

After convincing Prince Alexander to propose to Cinderella, Felicity is certain she’s managed to protect the fate of Valencia, a kingdom controlled by fairy tales. Now that she’s completed her task, she can finally begin the next chapter of her life and dismiss any lingering romantic feelings she might have for a certain charming prince. However, despite her best attempts, she soon realizes that matters of the heart are not so easily forgotten. The stakes are raised even higher when someone close to her is kidnapped, sparking the start of a dangerous game that could risk all she holds dear. Once again, she’s hurtled toward an adventure she never expected. This time, the fairy tale takes her into a forest full of fairies, up a beanstalk with giants, and down a path to find her own destiny. 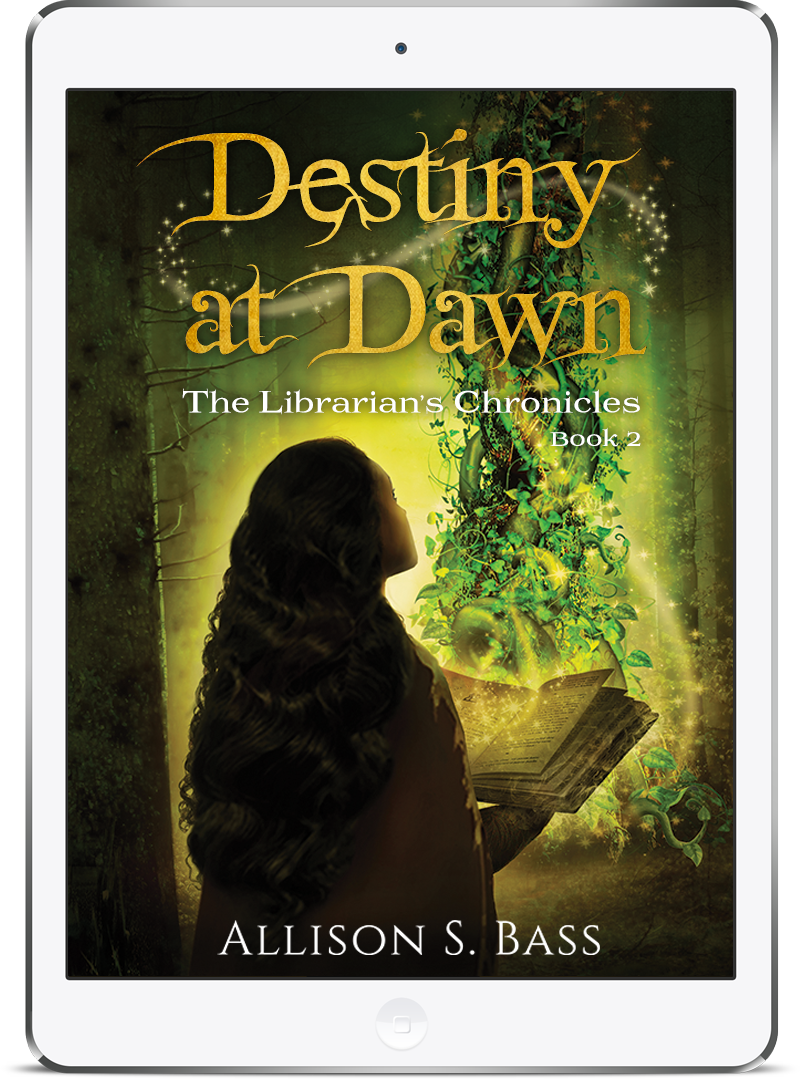 Get the first three chapters of Destiny at Dawn for free!

Allison grew up a voracious reader who daydreamed about stories filled with romance, adventure, and magic. One day, she decided to put those stories on paper. Her debut novel Magic by Midnight is the result. Like any 21st century fairy tale heroine, she met her own prince via the Internet. They do not live in a castle, but they have a beagle who acts like a court jester. When she’s not spending time with her husband and son, she enjoys finding new stories for her personal library.